It is a dual celebration when as well as celebrating the power of the Sun we are also welcoming back the darkness. The expansion of the light, which began at the Winter Solstice in December, reaches its fullness at the Summer Solstice, and thereafter the sun’s powers will begin to wane. The year has turned and gradually the days will begin to get shorter and the nights longer. The waxing cycle of the darkness has begun.

At the Summer Solstice there is a shift in the Earth’s energy. We are moving from: Sun to Moon; yang to yin; light to dark; sunlight to shadow; fire to water; action to contemplation; and from outer to inner. Once we have accepted and relaxed into this transition it is rich with possibilities. Between now and the Winter Solstice is the time to incubate ideas; spending time considering which seeds we wish to nurture in the dark half of the year, ready to send up new, green shoots next spring. The second half of the year is not a time for action; it is a time for dreaming our ideas into being, and our yoga practice can support and enhance this self-reflection. ​ 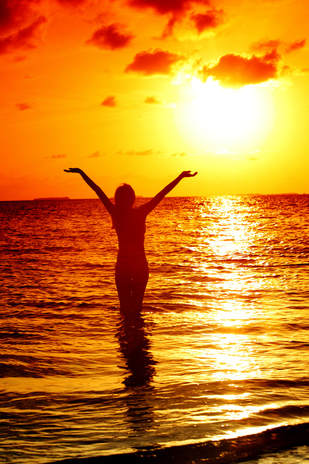 During the first half of the year, between the Winter and Summer Solstice, when the light is expanding, our focus is upon action, achievement, and getting things done. At this time, we follow a path that spirals from our centre outwards into the world. Now, at the
Summer Solstice, as the light begins to wane, we change direction, and turn to face the path that spirals back in to our centre. We welcome back the dark-half of the year because it gives us the opportunity to rest, recuperate, and regenerate after the frenetic activity of the growing season. We begin a return journey home to a peaceful place within, where we can find solace and regeneration. Now is the time to bring our outward achievements inside, to a place of sanctuary, so they can be processed and transformed.

The yogic concept of withdrawal becomes relevant at the Summer Solstice when we gradually turn from an active, outward focus to an inner, more contemplative focus. Withdrawal of the senses (pratyahara) (2.54, 2.55) is the fifth of Patanjali’s eight limbs of
yoga. It involves training the senses to quieten down and not to get carried away by outside stimulus. Another ancient yoga text, the Goraksha Padhati (2.24), compares this yogic withdrawal to a tortoise withdrawing its limbs into its shell. Withdrawal prepares the yogi for the last three limbs of yoga: concentration, meditation, and pure contemplation. 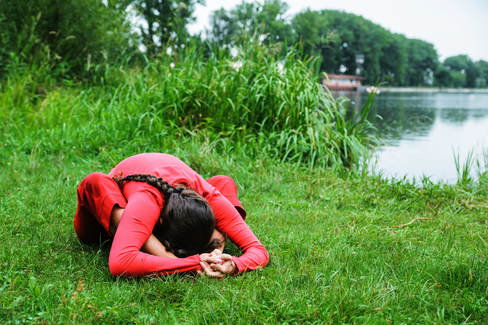 ​Spending time around trees in summer connects us to the fertility and fullness of the season. Summer is the perfect time to take a walk through the woods, forest, or park and enjoy the shade that trees provide. What effect does being amongst the trees have on your mood? Use all five senses to mindfully enjoy the scene; notice colours, smells, sounds; and your sense of touch. You might even find some edible forest fruit to take home and taste. Be aware of the diversity of life in the forest that trees support, such as insect, animals and birds. Later during a few quiet moments close your eyes and recall this scene and enjoy a few moments of tranquillity remembering this special environment.

Near where I live is a grand stately home surrounded by acres of parkland, open to the public. Deer graze and wild flowers grow around the trees; on the horizon you can see the silhouette of the Welsh hills. The area is a site of special scientific interest because of its ancient oak trees. It was these trees that inspired me to write my Meditation Upon an Oak Tree at Summer Solstice, which is included in the Yoga Through the Year ​book. The oak tree has taught me about the strength and generosity contained within the circle of life, death, rebirth, and renewal. 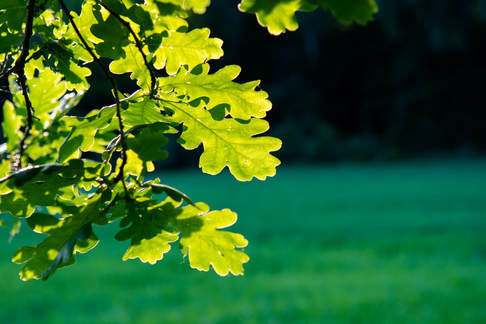 At the Summer Solstice there is a gradual shift in energy from outward action to inner reflection and contemplationA full set of Summer Solstice meditation questions can be found in the Yoga Through the Year ​book.

Yoga Through the Year Book